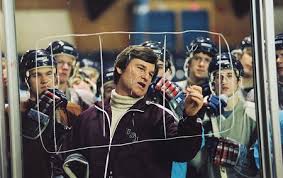 Welcome to the fourth installment of our weekly column, “Too Embarrassed to Ask,” where we’ll examine a hot topic from the world of recruiting that parents and student-athletes may want to know more about, but may shy away from asking because it is considered assumed knowledge.

This week’s issue: Parents and the recruiting process.

The question: What role should a parent plan in the recruiting process?

The short answer: A supportive one.

The actual answer: This is a difficult answer since it is rather vague in nature. However, a few truisms exist for parents. Their role should be primarily a supportive one.

That means the obvious: Shuttling to events, waking up a high-schooler for practice (my mother deserves recognition here), ensuring hydration, and the like.

It also means immersing and educating yourself in the recruiting process. Ask club coaches for advice; read up on available materials; and ask other parents, friends and family for pointers that have been through it.

The pressure may be to completely take over the process for your son or daughter, but it’s important to instead encourage and prompt them in the right direction.

Where you as a parent really come in is later, after the process is moving: Being able to discuss financial situations with college coaches, family issues or anything that may be better served with an adult-to-adult conversation.

What the quote says in our context: During the now famous 1980 Winter Olympics in Lake Placid, USA hockey head coach Herb Brooks shielded his young players from the media, his goal being to shield them from the gravity of the moment.

In our context, this is the reverse of what should be happening: Parents should be present, but it’s vital to ensure the student-athlete is also getting to know a college coach.

Our Advice: This is a tough issue. However, you can’t go wrong being a supportive presence, urging when needed, but letting a son or daughter drive the process. That does not mean sit back and do nothing – these are high schoolers after all.

But it does mean that ultimately, it is the student-athlete that will end up at a school. If the process is parent-driven, it may accidentally ignore the input of the most important person in the conversation. While intentions may be noble, it’s imperative to allow (or, more accurately, ensure) the student-athlete is the one leading the charge. As we mentioned, your role is vital – especially with issues like financial situations and the like.

Said in a more self-interested way: A college coach will prefer dealing with the student-athlete directly. It’s vital each gets to know each other, and if parents are the main point of contact, not only does that prevent the former from occurring, but it also serves as a red flag that the student-athlete is disinterested or not proactive and/or the parent may be overbearing, which a college coach will be wary of.

To this end, a word to the wise: Be careful of actions on the sidelines of games, showcases and tournaments. If you are a parent berating an official, or a coach or even your son or daughter there is a potential side effect (outside of sounding and/or like a crazy person): College coaches can hear you.

Fair or otherwise, they are recruiting families, and not just athletes. There is a saying that players make teams, but families make programs. So remember that while positive encouragement is OK, your actions are being taken into account as well. Proceed with caution. 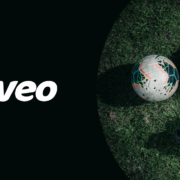 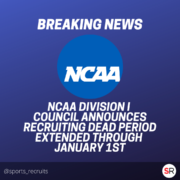