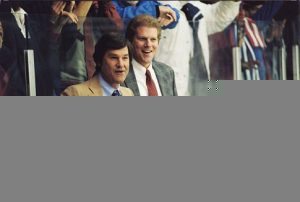 Welcome to another installment of our weekly column, “Too Embarrassed to Ask,” where we’ll examine a hot topic from the world of recruiting that parents and student-athletes may want to know more about, but may shy away from asking because it is considered assumed knowledge.

The question: Do college coaches speak with each other off the field?

The actual answer: This may come as a shock, but college coaches are people, too (we will pause briefly to let that sink in). They attend clinics together, may have coached together previously and may have come up playing together.

While they are competitive in-season, it’s more likely than not that college coaches know each other, and further, are friendly and speak when not competing with each other.

Long story short, there are strong relationships among coaches, and they will speak with each other about anything from the weather to a potential recruit that may be a great fit at a different school.

What the quote says in our context: In this very brief exchange on the streets of Lake Placid, Herb Brooks acknowledges a stoic Viktor Tikhonov, the coach of the dominant Soviet team, a day before they were knocked off by a group of rabble-rousing college kids from the good old US of A.

While obvious enemies on the ice and via Cold War, the mutual respect was palpable (as seen by a polite nod of the head, and 0 words – potentially because he doesn’t speak English). OK, I’m not going to explain the context any further. If you don’t know the Miracle on Ice story, I can’t help you.

However, this scene is helpful for us: Even two coaches who have literally every reason to not be friends acknowledged each other on the street before a medal-round Olympic game.

So, remember that while all coaches may not be best friends off the field, there is often (at the very least) a mutual experience and more often, open lines of communication.

Our Advice: The coaching community is a tight-knit group. While coaches on the field are rivals, they are very friendly off of it, and are in constant communication.

As such, it is important that you treat each interaction with a college coach as a chance to make an impression. Be polite, display your passion and most importantly, treat that coach with respect.

If you are in contact with a school that no longer fits your plans, remember to be thankful and up-front about your intentions.

Again, coaches speak often – and they may recommend you to another school if for one reason or another you are not a fit for their program.