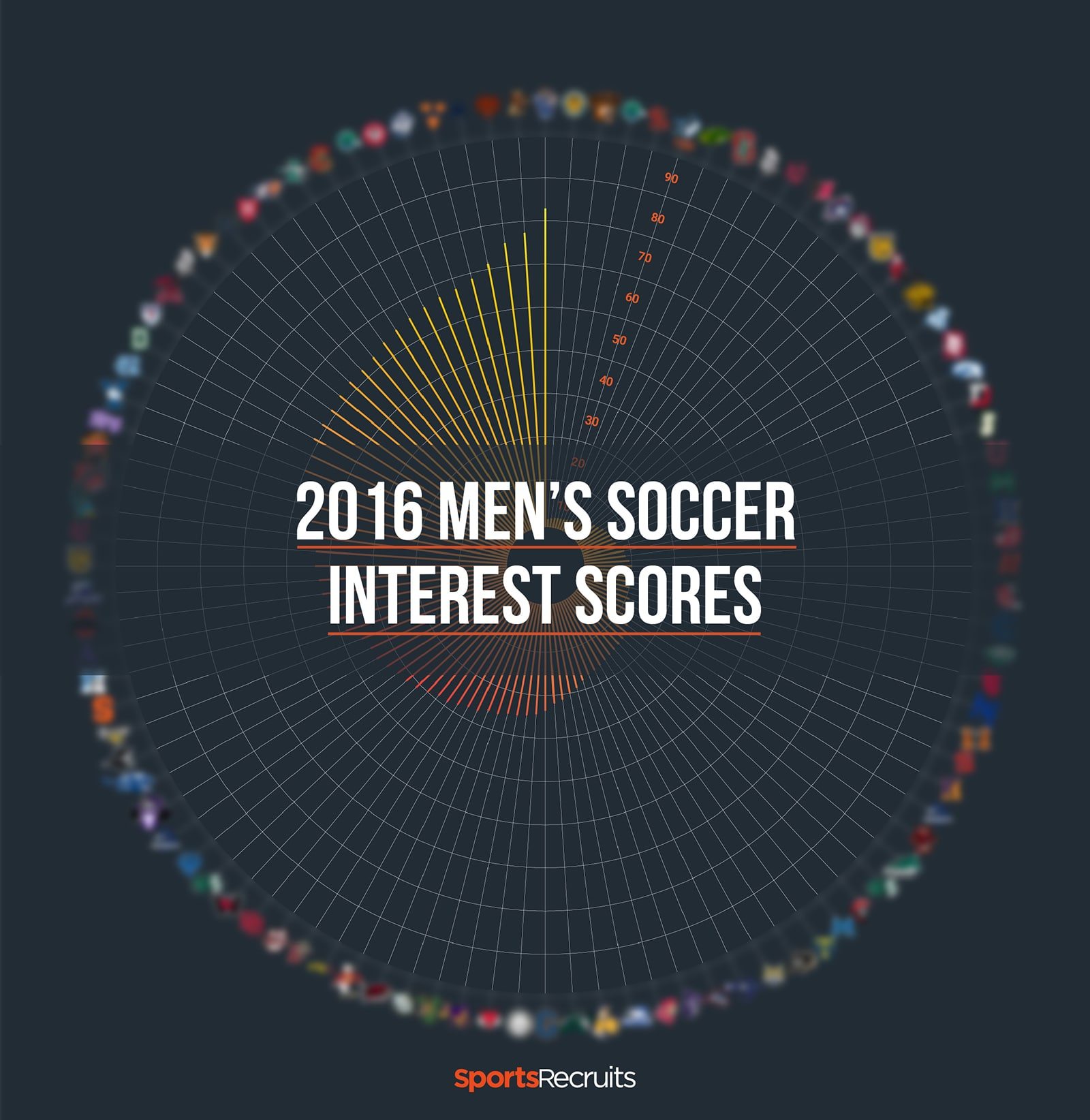 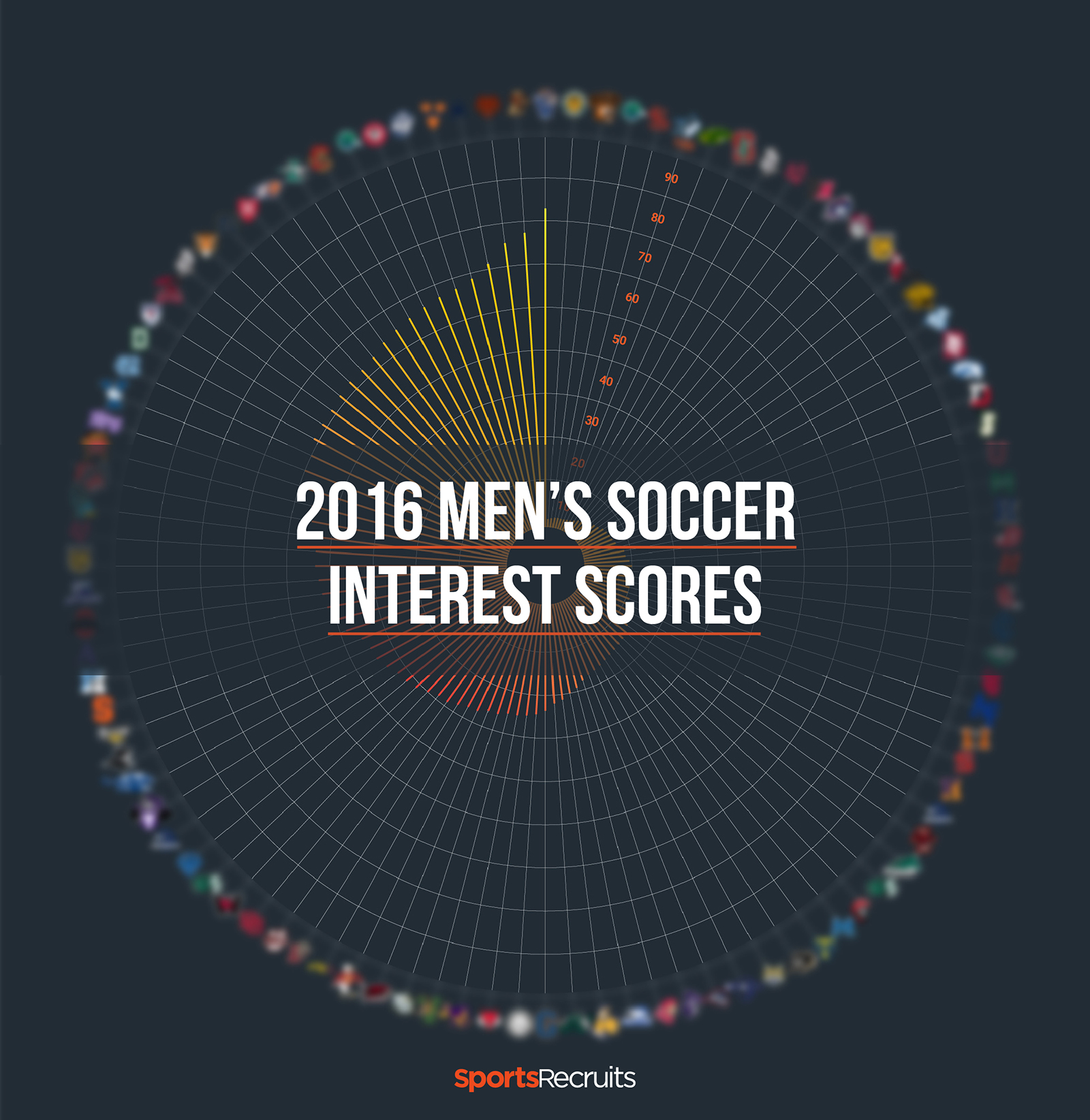 Through analyzing our proprietary information, we were able to identify which college men’s soccer programs garnered the greatest interest from athletes on the SportsRecruits platform, as well as which programs showed the largest increase in interest from 2015 to 2016. 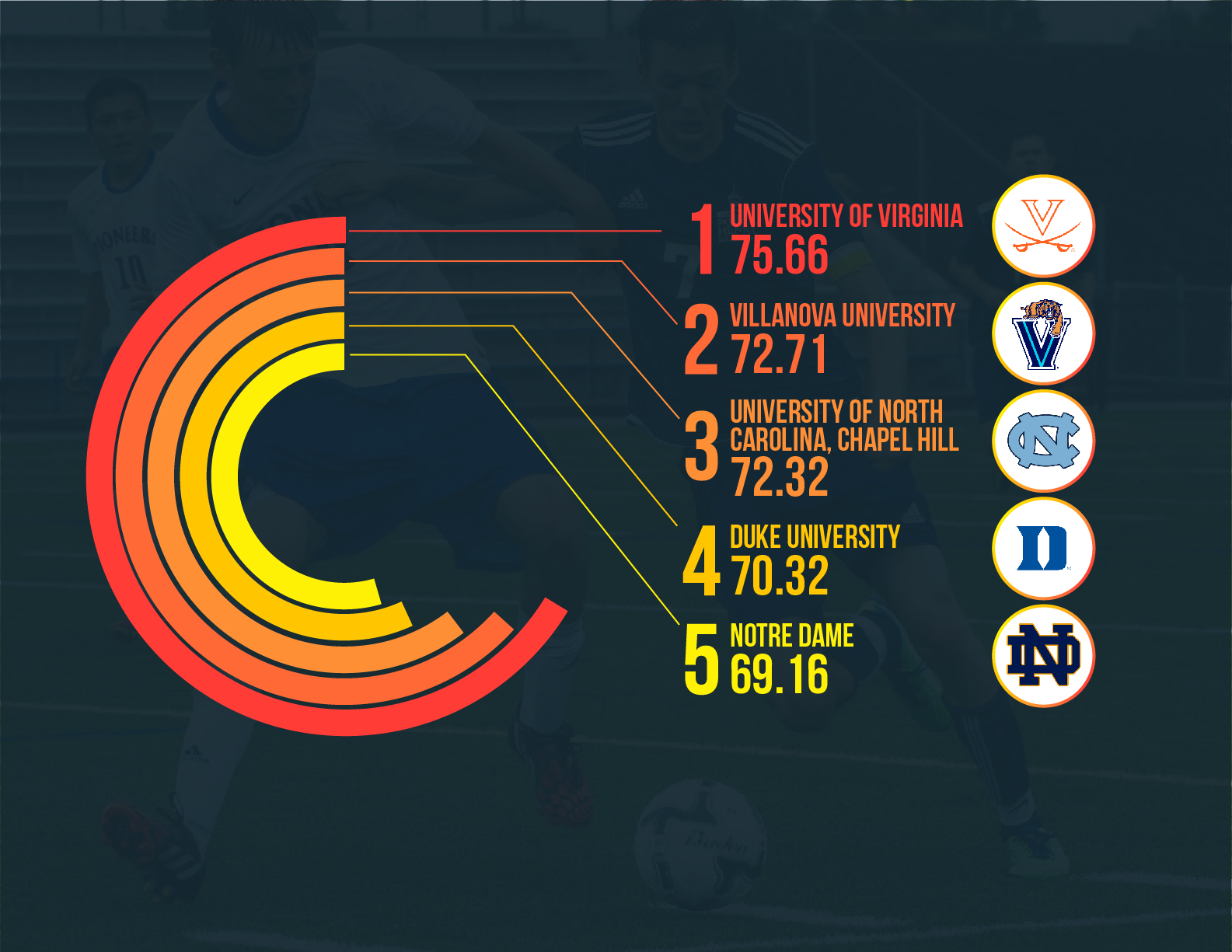 We also found large shifts in student-athletes’ interest in men’s college soccer programs from 2015 to 2016. Temple University experienced the greatest surge in popularity with a 38.8 point increase in their SportsRecruits Interest Score™. They were followed by the University of Connecticut, which saw their scores increase by 36.2 points. 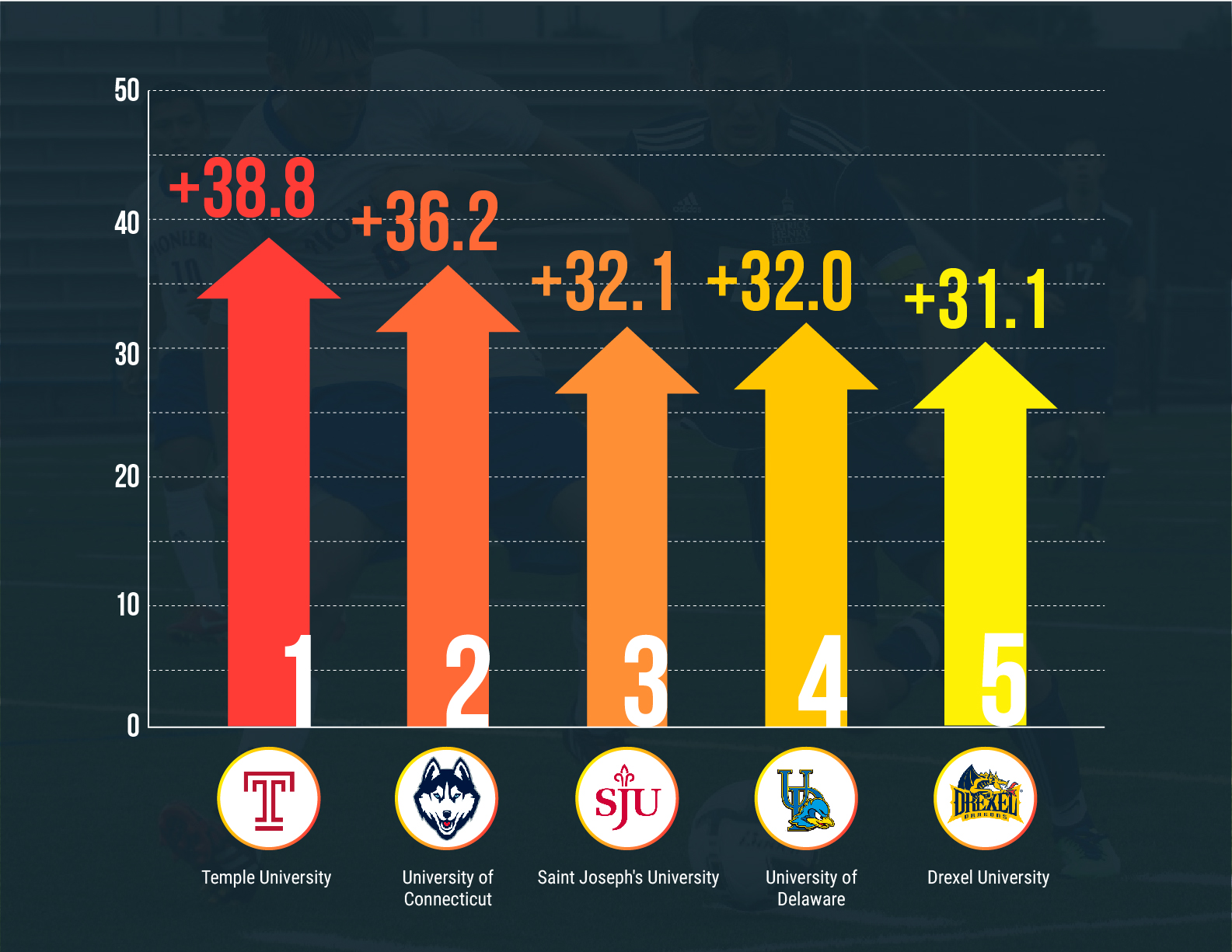 SportsRecruits Interest Scores™ for men’s soccer are calculated from the activity of over 25,000 high school men’s soccer athletes on the SportsRecruits platform. Schools are scored on a 0 to 100 scale based on two, equally weighted metrics: the number of messages sent to the school and the number of active prospects with the school on their target list. A benchmark is determined by the highest ranked school for each metric, and a normalized score is calculated based on each school’s distance from the benchmark.