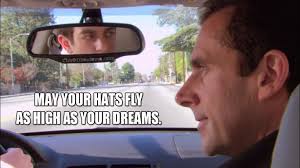 Welcome to the debut of our weekly column, “Too Embarrassed to Ask,” where we’ll examine a hot topic from the world of recruiting that parents and student-athletes may want to know more about, but may shy away from asking because it is considered assumed knowledge.

The question: Should I only concern myself with sports in the recruiting process?

The short answer: Um, no.

The actual answer: Seriously, no.

Sports should simply be part of the equation that leads a student-athlete to the best fit for them academically and socially.

The movie quote that explains current understanding: “I mean, I don’t know if I want to play hockey for the rest of my life.”
– Fulton Reed, from 1996’s D3: The Mighty Ducks.

What the quote says in our context: It may be hard to see the forest through the trees, but there is a whole life waiting on the other side of sports.

Our Advice: Often, the pressure of playing at the Division I level – especially among peers – can lead a student-athlete to have tunnel vision when it comes to their college search.

While this is common, it’s also unwise.

Athletics should be used to get you into the best school possible. While important, they are more than likely a four-year decision (aka, your odds of going pro are extremely low).

Which college you attend, though, is a lifetime decision. As such, thinking about the college search with athletics being the entire puzzle – as opposed to just a piece – is misguided.

This means that while sports may feel like the most important thing in the world now, it’s important to remember that there are choices outside of the “Division I or bust” that may be a better fit academically or socially.

So, be sure to expand your horizons and make the best life decision you can. You’re likely going pro in something other than sports. Don’t make a myopic decision to prove your worth to your friends at the expense of your education.